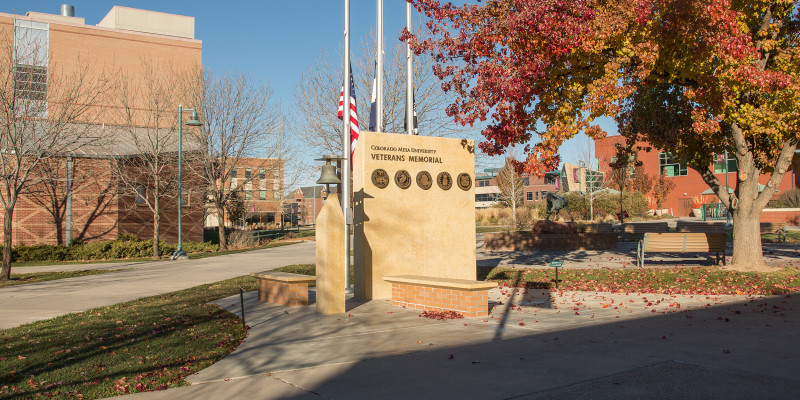 The new CMU Veterans Memorial that was constructed where that brick wall stands will honor veterans of all wars, all conflicts, all branches, alive or dead.

Buniger and other members of the school’s Student Veterans Association asked CMU administration to consider building the memorial. Students helped with the design and architects refined it and suggested materials to make it possible. The university spent $40,000 in auxiliary funds to get the memorial done before students returned for fall semester.

The memorial incorporates a Victory Bell given to the college in 1948, benches and a limestone slab topped with three flagpoles — one for the U.S. flag, one for the Colorado flag and another for the POW flag. The slab bears the logos of the U.S. Air Force, Army, Coast Guard, Marines and Navy. The plaque dedicated to World War II fallen will be moved to the Student Veterans Lounge in Houston Hall.

Buniger estimated 400 student veterans will be on campus this fall. He hopes to build membership in SVA next school year from its current roster of 25 active members. Anyone interested in joining the association can go to the Student Veterans Lounge to learn more or visit orgsync.com/login/colorado-mesa-university. 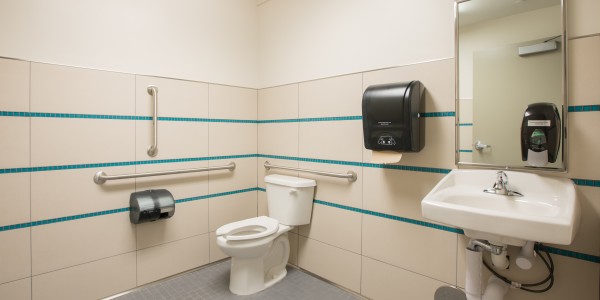 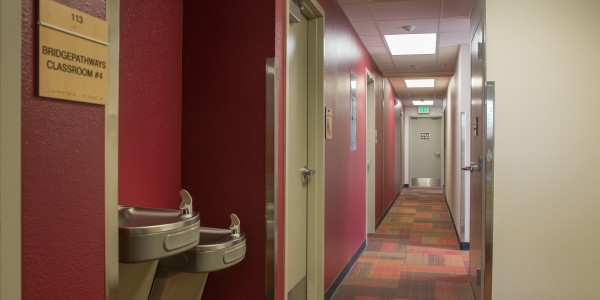